The Genesee Brewing Company, based in Rochester, New York, is one of the largest and oldest continually operating breweries in the United States. The Brewery makes the Genesee line of beers, including the iconic Genesee, the refreshing Genny Light, and The Original Cream Ale.

The Genesee Brewing Company is part of FIFCO USA, the largest independently owned beer company in the United States. With a focus on product quality, facility upgrades (including the relighting of the iconic Genesee Beer & Ale sign), conservation initiatives and employee safety, FIFCO USA has invested in the Genesee family of beers, its employees and the community.

With a refreshed sense of pride and purpose, The Genesee Brewing Company will continue brewing the quality beers that people have loved for over a century.

The Aqueduct Spring Brewery—Rochester’s first brewery—opens. By the end of the 19th century, 50 breweries open in Rochester, a reflection of the city’s vibrant German heritage.

Louis A. Wehle is born September 22. That year English investors purchase the stock of three Rochester breweries—Genesee, Rochester and the city’s largest, Bartholomay Brewery Company. Wehle’s grandfather, Casper, and his father, John, both work at Bartholomay. While still in high school, young Wehle begins assisting at the brewery.

Bartholomay brewery sends Louis A. Wehle to brewmaster’s school in New York City and promotes him to assistant brewmaster upon graduation in 1911.

The 18th Amendment closes all American breweries including Genesee. Louis A. Wehle turns his talents to the baking business. The Wehle Baking Company pioneers the home delivery of fresh baked goods.

Anticipating the end of Prohibition, Louis A. Wehle sells his Buffalo-based baking business to Boston’s Hathaway Bakery for $1.3 million in order to re-invest in beer making.

Prohibition is repealed in February, becoming the 21st Amendment on December 5, 1933. Eager to return to the beer business, Louis A. Wehle uses profits from the sale of his bakery to purchase the former Genesee brewery and parts of the Bartholomay brewery. The new Genesee Brewing Company is incorporated July 8.

On April 27, Genesee resumes shipping beer. To commemorate this victory, 400 invitations are mailed for a celebration at the Powers Hotel in Rochester. More than 4,000 people attend.

Louis A. Wehle says he will be happy to sell 100,000 barrels. He exceeds his first year goal by 50,000 barrels. The brewery introduces 12 Horse Ale. Wehle designs America’s only 12-horse hitch and a 12 Horse Team of Belgian Roans becomes the Genesee’s first famous trademark.

Genesee continues to grow, expanding distribution across New York State and into portions of Pennsylvania and Ohio.

Jack Wehle goes to work for Genesee at age 22. The following year, Genesee opens its own malt house on the shores of Lake Ontario at Sodus, New York.

Genesee launches its most successful advertising campaign: “Miss Jenny.” Daphne Dore is the first Jenny girl. The campaign ran for more than a decade.

Louis A. Wehle dies November 21 at age 75. His son Jack succeeds as chairman.

Genesee introduces JW Dundee’s Honey Brown Lager, which will later be honored for three straight years as one of America’s “hottest beer brands” by beer critics.

Genesee establishes High Falls Brewing Company as its craft brewery subsidiary. A new logo featuring the “high falls” of the Genesee River, which has served as the brewery’s home since 1878, brands the company.

Genesee products are now available in 39 states. A year later, Ted Wehle dies on March 10 at the age of 53. A management led buyout reorganizes the brewery as The High Falls Brewing Company.

The brewery introduces JW Dundee’s American Amber Lager and American Pale Ale to all 41 states in its distribution area.

To celebrate the company’s proud heritage and resurgence in sales, Genesee Beer and Genny Light are repackaged under The Genesee Brewing Company umbrella.

NAB pours $10 million into improvements and upgrades that modernize the brewery. The company invests another $6 million into regional marketing efforts.

Genesee retrofits its iconic Genesee Beer sign in Auburn, NY, with LED lights and celebrates its relighting with a downtown ceremony attended by hundreds of fans.

Genesee unveils its new 24-ounce canning line at the brewery. The $3.5 million investment is capable of filling 360,000 cans a day over 3 shifts.

On September 9, the Genesee Brew House opens to the public. Featuring a 20-barrel pilot brewery, a restaurant, bar, museum and gift shop, the Brew House turned a century-old packaging building into a New York beer destination.

FIFCO purchases NAB, injecting the company with its Triple Bottom Line philosophy of people, planet, profits. Social responsibility and environmental initiatives take center stage through staff volunteer efforts throughout NY and efforts to reduce energy use and waste at the brewery.

Genesee celebrates the holidays by building a Keg Tree outside the Genesee Brew House. The Keg Tree was made up of 300 kegs and stood over 2 stories high!

Genesee releases a new seasonal beer in Oktoberfest, celebrating their deep German roots that go back to the brewery’s founding.

The first annual Tap It Forward Festival takes place outside the Genesee Brew House, featuring beer from breweries across New York State, live music, food trucks and more. The festival is a celebration of Genesee’s dedication to our community, and takes place on a day when the entire brewery was shut down so employees could volunteer their time on various community projects.

Genesee announces a sweeping $50 million brewery modernization project. The project begins as 12 new fermentation tanks make their way from Albany to Rochester on a month-long journey via the Erie Canal lock system. Thousands come out to #ToastTheTanks and watch the locks in action.

Genesee celebrates Good Times for All Times by beginning a year-long celebration of its 140th anniversary, featuring recipes from the Genesee vault, brewed anew on the pilot system (available only at the Brew House), and special moments from the past. The brewery’s official birth date is May 22.

NAB officially becomes FIFCO USA, further strengthening the bond with our parent company and reaffirming our dedication to our community and environment. 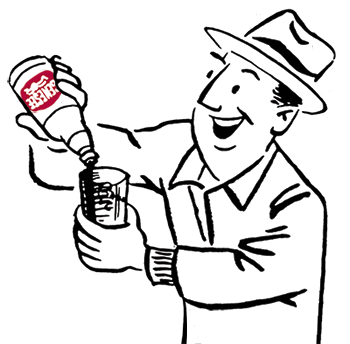